Books transport us through time and across the universe. Through books, you can walk from Asia with ancient buffalo in a corridor between two miles-high, melting ice sheets.  Follow hunters on foot as they herd a nervous buffalo herd through drive lines toward a blind cliff. Sit at the table with a family inspired to take on the challenge of sustainable buffalo ranching. Listen to a Blackfeet elder recite oral histories from this world and beyond. Chase birds and butterflies, spot snakes and fossils snug in the prairie.  It’s all in books.

Download a list of books covering the past, present, and future of the Great Plains. Follow the blog to catch reviews and suggestions. And drop us an email to tell us what we missed. Here are some of our current favorites. 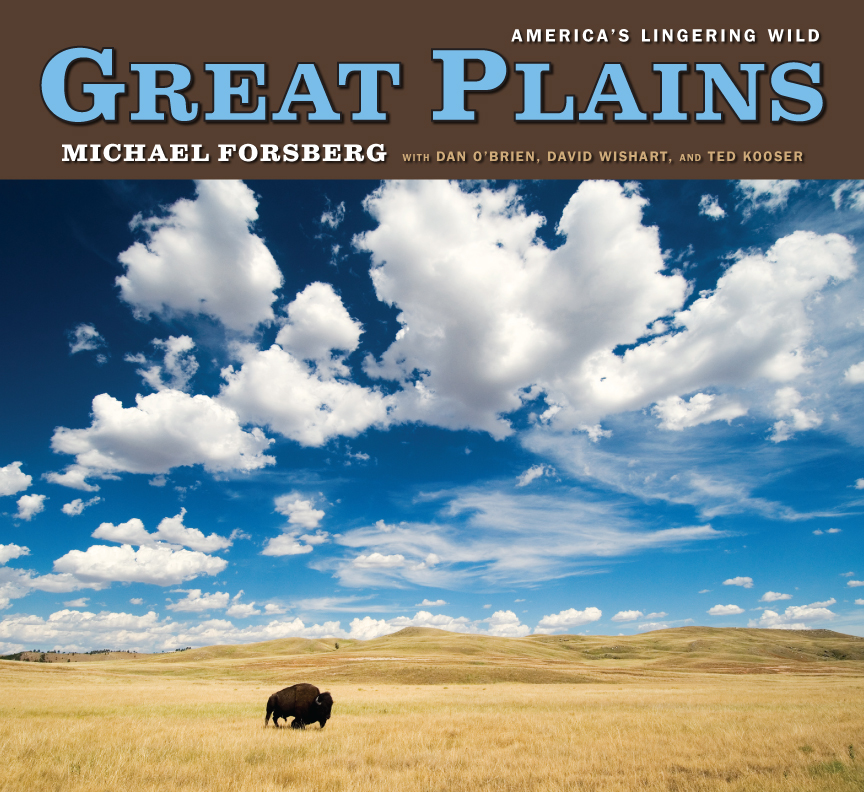 This rich, beautifully photographed and illustrated book documents the majesty and the trials of vast grassland landscape at risk of vanishing forever.  Michael Forsberg’s stunning photographs complement essays by Great Plains scholar David Wishart and renowned wildlife biologist, author, and rancher Dan O’Brien.  While this looks like a coffee table book, Great Plains is meant to be cradled in your lap as you shrink and immerse yourself in a complex ocean of grass. Powerful images and words persuade readers that we must all work to save what is left of our disappearing prairies. Great Plains: America’s Lingering Wild, University of Chicago Press, 2009.

Conservationist, writer, and photographer Harvey Locke is world-renowned for his passionate advocacy of wildlife. In The Last of the Buffalo Return to the Wild, he offers a comprehensive, thoughtful history of the Pablo-Allard buffalo herd.  Carefully unwinding history, Locke follows a small herd of buffalo calves from capture to becoming the largest, most important herd in North America.  Historian George Colpitts describes how plains bison were almost completely exterminated. Leroy Little Bear, an Eminent Scholar of the Blood Tribe (Kainai), introduces the cross-border Buffalo Treaty, signed 2014, as a commitment restore an ancient, timeless relationship with buffalo.  This book commemorates the return of buffalo to Banff National Park in 2016, and includes a reproduction of Norman Luxton’s 1909 booklet documenting the Pablo-Allard herd. The Last of the Buffalo Return to the Wild, Summerthought Publishing, 2016.

No one should leave for a buffalo viewing trip without packing Wes Olson’s indispensable guides to buffalo society and behavior. Olson’s deep knowledge of buffalo was earned over decades as a Park Warden at Canada’s Waterton Lakes, Elk Island, Prince Albert, and Grasslands National Parks. His artwork, combined with images from photographer Johane Janelle, helps readers tell one brown animal with horns from another. Olson’s observations about buffalo behavior help observers understand what they’re watching and stay safe in buffalo country.  Portraits of the Bison is longer and more in-depth; A Field Guide to Plains Bison makes a great carry-along to decipher a herd. Both books make great additions to your buffalo collection.

Behavioral ecologist Dale F. Lott wrote American Bison: A Natural History as a “gift to myself in retirement”, according to his wife.  Lott does a brilliant job turning years of scientific study into a lively, humorous read that handily translates for an audience of regular people. Passionate about returning buffalo to a truly wild, free-roaming state, Lott was a staunch supporter of the now American Prairie Reserve.  Lott, who was born onto the National Bison Range, passed unexpectedly and too soon in 2004, but this gem makes his wisdom and enthusiasm eternal. American Bison: A Natural History, University of California Press, 2002. 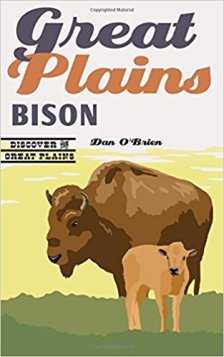 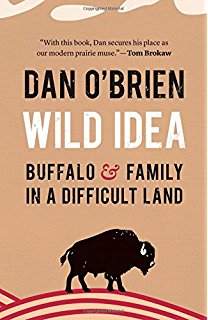 Buffalo for the Broken Heart follows O’Brien’s journey from a failing South Dakota cattle rancher to a “carbon cowboy”.  The O’Briens’ journey into new lands as sustainable buffalo ranchers is detailed in Wild Idea: Buffalo & Family in a Difficult Land.  Before becoming a steward of a small buffalo herd, O’Brien, a falconer, worked for the Peregrine Fund returning another imperiled species to the wild.  His books about falconry are as gripping as those focused on buffalo and the Great Plains. Dan and Jill O’Brien both write for the Wild Idea Buffalo Co. blog.

If your buffalo trail adventure includes a visit to a historic buffalo kill site, make sure to read Jack W. Brink’s Imagining Head-Smashed-In: Aboriginal Buffalo Hunting on the Northern Plains. Before the horse and the gun, Plains Indians tribes developed communal hunting methods using extensive, intricate knowledge of buffalo behavior, the land, and weather.  Brink’s award-winning book takes you through the entire hunt from the perspective of a curious, open-minded archeologist with a profound respect for Plains Indians.  Brink spent more than two decades of his career at Head-Smashed-In Buffalo Jump, contributing to the World Heritage Site and stunning interpretive center you see today. 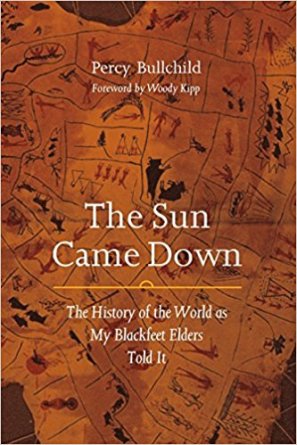 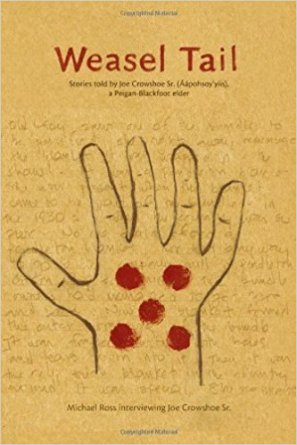 If you want to learn about Plains Indians, you can do no better than go to the source.  Percy Bullchild, a Blackfeet Indian from Montana, committed the memory of his peoples’oral history and traditions of other tribes to record in The Sun Came Down: The History of the World as My Blackfeet Elders Told It. These gripping stories give the reader a view into the beliefs and lifeways of the first Buffalo Peoples.

The Montana Writers Project collected interviews with Salish elders on the Flathead Reservation in the 1920s-30s.  These oral histories, legends, and the story of the Pablo-Allard buffalo herd, are captured in I Will Be Meat for My Salish (Bon Whealdon, author).

Interviewer Michael Ross captured stories of Peigan (Blackfeet) elders Joe and Josephine Crowshoe in Weasel Tail.  These elders received high honors for their critical work to reclaim and share a heritage once suppressed by the Canadian government. Through stories, photographs, and historical records, Ross captures the lives of Joe and Josephine Crowfoot and the spiritual and ceremonial foundation of their people.  Their words and histories help readers discover the world of First Peoples who fought to retain their traditional practices and cultural memories. 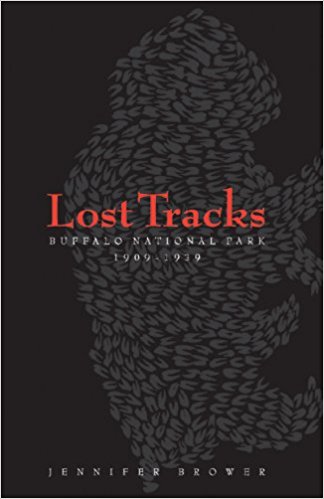 Author Jennifer Brower documents Canada’s failed first attempt to save wild bison in Lost Tracks: Buffalo National Park, 1909-1939. Maps, photographs, and data support a tragic story of an underfunded wildlife park struggling to prove its value in economically and politically challenged times. Brower describes the tragic efforts to commercialize the park so it could support itself: attempting to crossbreed bison with cattle, and later, yaks, selling animals, meat, and coyote hides, and more. Canada learned lessons from Buffalo National Park, but some of the fallout, especially for herds in Wood Buffalo National Park, persists to this day.