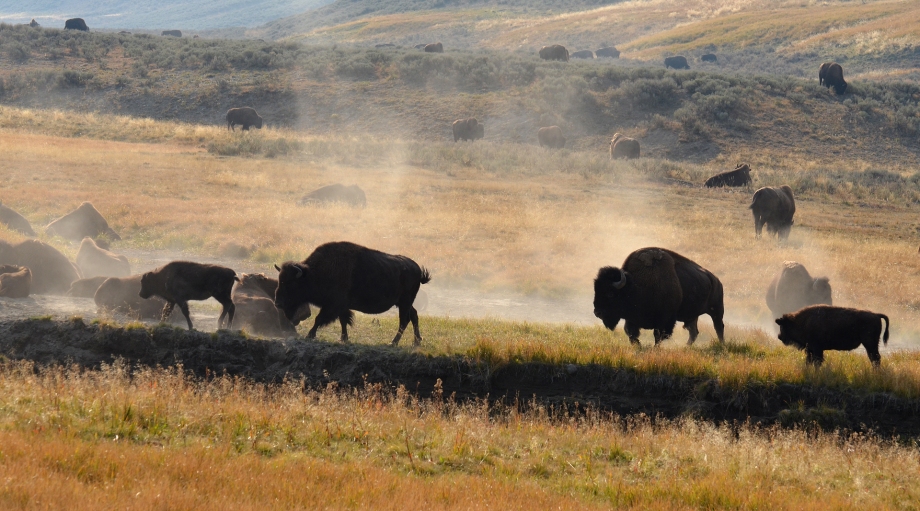 Here in the far West, we garden in the winter when the rain is falling. We are out there in our muddy boots and dirt-smeared jeans, digging into the rain-softened ground to plant before our Mediterranean summers set in. We wrestle with the shovel-bouncing thatch of reed canarygrass and the death grip of creeping buttercup on hard ground. 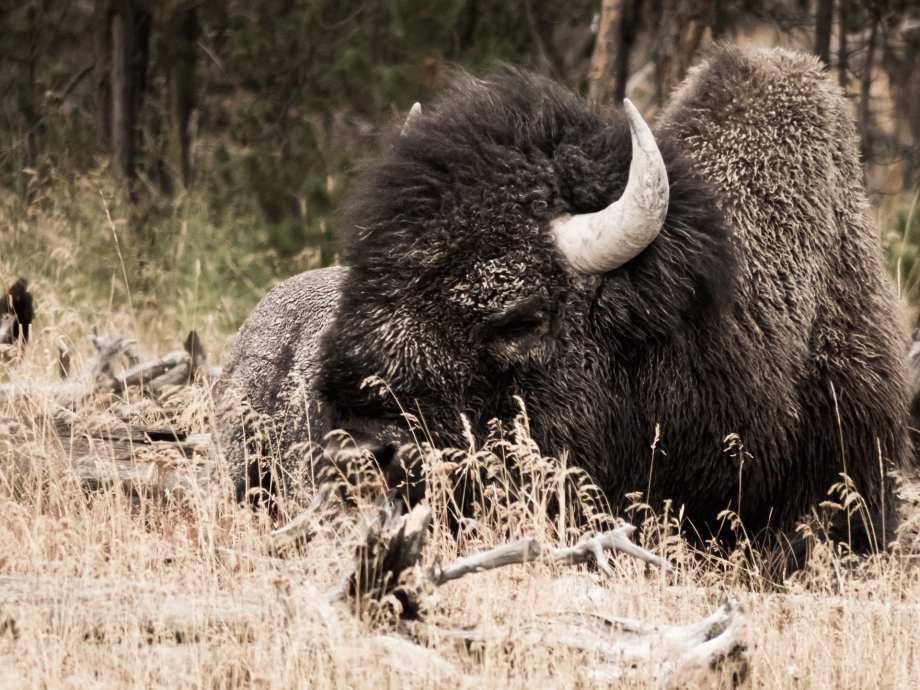 This bull is about as mud-coated as I am, but he has built-in digging tools — horns and hooves– and a big, muscular hump on his shoulder to get the job done. He outweighs me by at least 1200 lbs, and doesn’t sit at a desk during the week. This one can multi-task, scratching his head and removing invasive vegetation at the same time.

Bison use those mighty horns and put muscle into digging up vegetation and dirt to create wallows. Here is a wallow at Elk Island National Park in Alberta, CA: 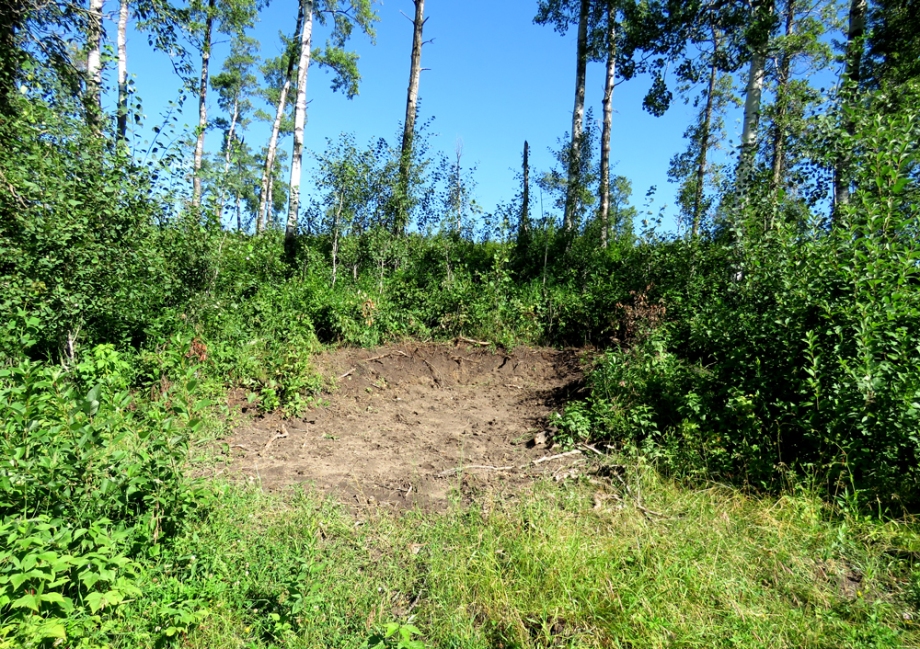 You can see how they’ve cleared ground for seeds to germinate. These wallows serve another purpose, pooling valuable water in rain storms.

Wallows can become really large, as in this 1920 photograph by Willard Drake Johnson of the U.S. Geological Survey:

Large wallows may become seasonal ponds, or prairie potholes, and provide habitat for other wildlife.

Besides wallowing, bison roll to remove hair, coat themselves in a dusty bug barrier, and just brush by lots of plants. These activities distribute seeds.

And that’s not all. Buffalo not only till up the soil and spread seeds, but fertilize the ground with urine, and with poop full of digested vegetation. Quarts and quarts of it per animal per day.

There were once tens of millions of bison roaming the Great Plains. Tens of millions of cloven hooves, horns, rolling bodies, and stomachs churning vegetation everyday. The combined effort of many millions of gardeners shaped the land in a way we have not been able to reproduce since.

As a result, We Are Living in A Post-Bison Landscape, according to historian Lauren Markewicz. Habitat has changed for everything from insects to antelopes to people.

I look around my home and know that I am living in an altered landscape, too. This valley was once home to spruce and cedar swamps, with rivers full of salmon, beavers shaping waterways, animals browsing and preying on each other, and First Peoples thriving in nature. Just as recovering buffalo herds are once again tilling the soil, spreading seeds, and fertilizing, so am I, perhaps physically weaker but determined to bring back the bounty of the past.